Write a poem that follows the three rules of the imagists 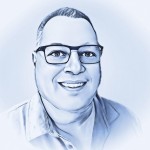 For the past week or so we have been discussing meter and rhythm as a framework for creating poetry. Today I want to move in another direction. The use of the image is the primary driving force behind your poem. Image-driven poetry began with the Imagism movement in the early twentieth century. The movement began with poets such as Ezra Pound and Hilda Doolittle (H.D.) and eventually dovetailed into the Modernist movement as exemplified by T.S. Eliot’s The Waste Land, for which Ezra Pound was the editor.

There are three basic rules that the imagists followed:

Ezra Pound’s most famous application of this concept was the poem:

In a Station of the Metro

The apparition of these faces in the crowd;
Petals on a wet, black bough.

The concept, as exemplified in Metro, was to reduce a poem down to its most essential images, leaving out all the chaff that traditional poetry, especially iambic pentameter, seems so prone to. This does not mean that most poems should only be two lines, but rather that poetry should not waste time or space.

The Imagist and Modernist movements began the path that eventually led to today’s widespread use of free verse over meter and rhyme. While the Imagist movement itself was fairly short-lived and not widely embraced (Wallace Stevens famously commented that “Not all objects are equal. The vice of imagism was that it did not recognize this”) it opened up the possibilities of poetry and influenced future movements such as the Objectivists and the Beats.

Write a poem that follows the three rules of the imagists.